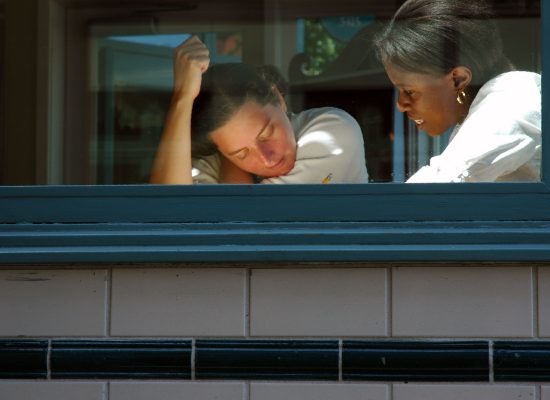 “May I give you some feedback?”
I heard this question recently during a middle school visit.  This classroom had a markedly different feel than others I’d visited that day–and it was during the last period of the day. (During the last period of a busy middle school day, when you might expect 13 and 14 year olds to be antsy for the day’s end…) This teacher was using lots of great instructional strategies–greeting kids at the door with a handshake, bringing everyone’s attention to the posted agenda, clear objectives and outcomes, (written as “How I Know I’ve Learned It” and the expectation of a self assessment exit ticket).

What really struck me, however, was the tone of the room–respectful and warm throughout the class and exemplified by that one question.

A student had just taken a turn leading the group–literally conducting a performance–and the end result was not as sharp as it could have been.  The student first acknowledged that with a shy smile and the teacher asked the group if anyone could give him pointers. A few did, respectfully, but none of them quite gave him enough for meaningful improvement.

That’s when the teacher asked, “May I give you some feedback?”

Clearly, it was time for the teacher to step in to make sure the student had a full understanding of how to perform this activity.  And, of course, she had to give him that feedback–so one might wonder why she phrased it that way. But she communicated was, “You own your learning.  I’d like to help you deepen it.  Would you like to hear my feedback so that you can do that?”

Of course the student nodded yes, tried again, and got it right.  Similar versions of the same ensued as other students made attempts, mistakes and more attempts.  Students get feedback it all the time–via assessments, via comments, non-verbal communication, etc. But getting isn’t receiving—it doesn’t always stick or help them grow.

Perhaps the simple trick is asking them if they are ready and willing to receive it.  When they do, they can own their own learning and truly take off as learners.

Get more tips, tools and inspiration for creating student-centered learning environments without breaking a sweat.