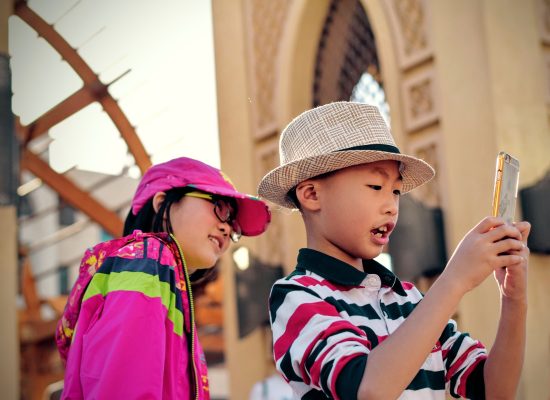 During Instructional Rounds recently, I had the pleasure of joining a triad of 7 year old students engaged in conversation on the rug. The three had just read a book about tsunamis and had filled out a corresponding KWL chart (in full sentences, not bullets!) One student, I’ll call him Joe, shared his “what I want to learn” section.

Rather than simply nodding and moving on to share her own written response, one of Joe’s partners, Shana, asked Joe if he had found the answers to what he wanted to know and written about those in the “what I learned” section.
When Joe said, “no”, Shana pressed. “You should have found the answers in the text,” she said. “They are in there. Did you at least learn what a tsunami is?”

Joe paused for just a moment and answered, “Oh, yeah, I learned that. A tsunami is” (and he proceeded to share the exact and precise definition.

Shana then pressed about some of the other items, and the trio together looked to the text to help Joe find his answers.(Most of which, it turns out, he had learned after all.)

The students went on like this for a while, sharing and pushing each other in what felt like a truly collegial conversation.
I interrupted to ask them about the nature of their conversation.

First, I asked what they thought of working together versus working alone. Kristen, the third member of the group, told me she loved it. “When we come together, we help each other learn more because we each share details and evidence that someone else might have missed and it helps us all understand better.”

I told them I noticed that they challenged each other and didn’t let each other get away with anything.
“How did you feel, Joe, when Shana challenged your response that you had not found the answers to what you wanted to know. Did it bother you that she didn’t accept your answer and just move on?”

“No,” he replied, “that helped me to think better.”

Later that day, I recounted this story during a conversation about adult collaboration, particularly in the context of professional learning communities. I’ve worked in schools where collaboration was new and teachers bristled at the notion of sharing data in common planning time. It makes sense. Imagine a CPT devoted to looking at one another’s recent unit assessments. It’s clear that one colleague’s students have underperformed their peers in classes taught by other teachers. Too often, if we even get to the point of really calling that out, the teacher in question might respond vaguely or blame responses on the kids, parents, etc. and her colleagues will let it go at that. It’s just too uncomfortable to push.

What if, like Shana, the teachers said, “Come on, there’s more to it than that. Let’s look closely at the evidence. What’s the issue. It looks like these kids didn’t understand gerunds.”

And what if the teacher responded, “Ugh. Yes, that’s true. Truth is–I’ve never really gotten them either. I’m a bit embarrassed to say I just didn’t know how to teach this.”

Like Joe and his peers, the team could use this as a starting point to help their colleague find resources, to offer to team-teach, etc. Imagine the benefit to all.

The difference between these two scenarios? Trust. The students trusted each other enough to be open and honest, knowing they could depend on one another.

In our best PLCs, maybe we should sound like children.